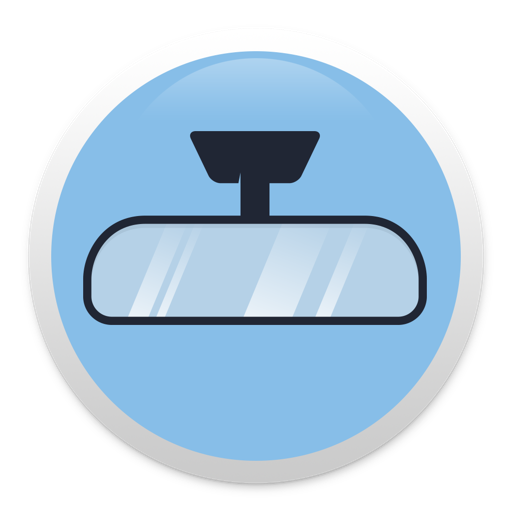 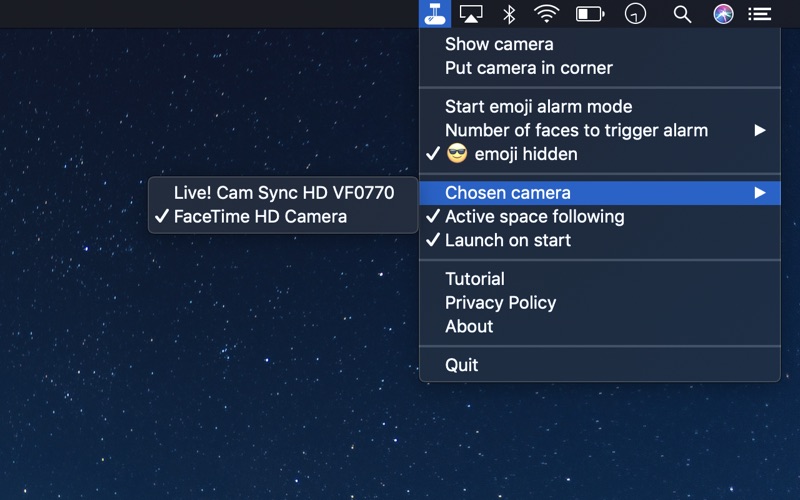 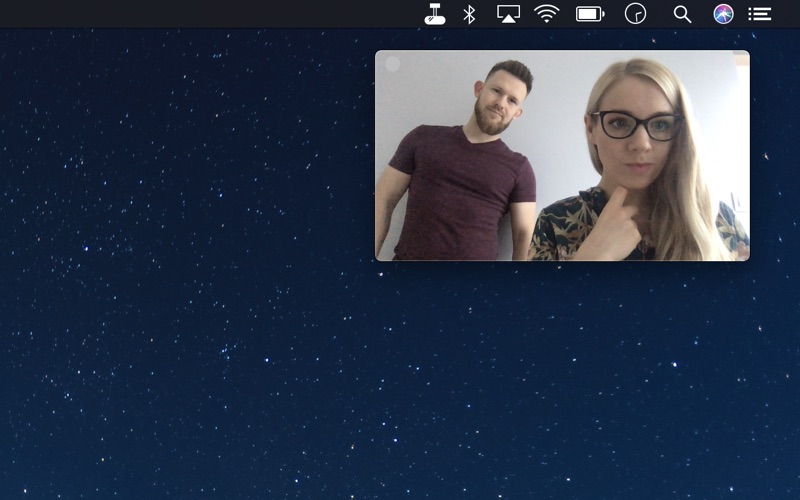 Rearview camera is always on top even when other apps are on full-screen mode. This feature makes Rearview a perfect camera when recording a Keynote presentations or game tutorials with your face visible.

Rearview is easily accessible from menubar which make it perfect tool for checking if everything is OK before joining video-call on Slack, Zoom or Hangouts. You can check how you look, light angle and what is behind you.

Another use case is situation when you work in public places.

Nobody likes when someone behind is staring at your screen. Doesn't matter if it is your boss or nosy person in the cafe. Rearview solves this problem by using emoji - alarm.

When emoji alarm mode is started, app captures image from camera and analyses how many faces are detected. If everything is fine, there is "Sunglasses"emoji visible. When unexpected face is detected Rearview shows "Scream" emoji. You can set number of faces to play alarm or hide "Sunglasses" emoji if you find it disturbing.

App is adjusted for light and dark mode since MacOS Mojave. It works automatically when you change your appearance in system preferences.

Rearview does not record anything, makes no network requests and doesn't store any of your personal data, period. Camera view in Rearview application shows only the image captured by your device's camera at the moment. When emoji alarm mode is started, app captures image from camera and analyses how many faces are detected to play emoji alarm. 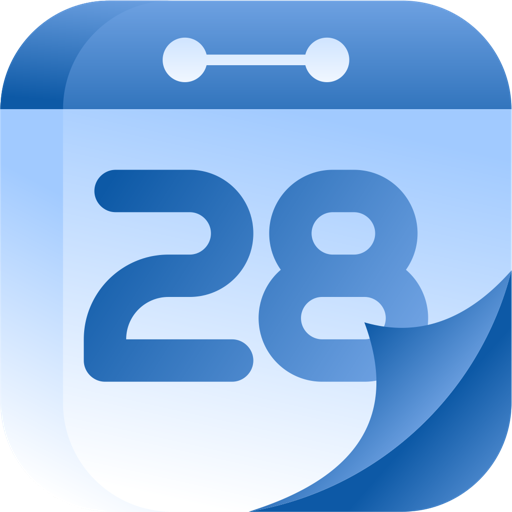 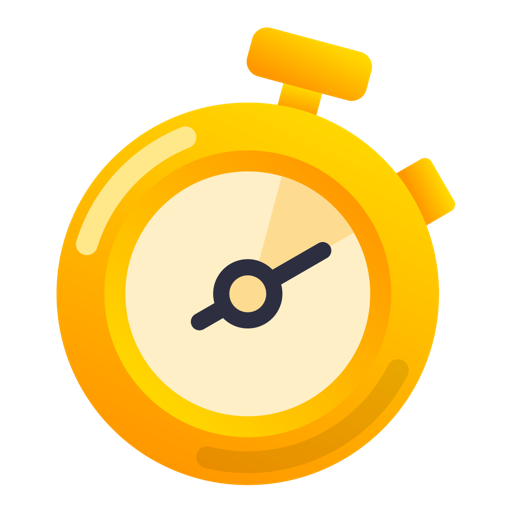 Mac
App's data is regularly updated. Last update: 2023-02-04 20:10 UTC. You can request update below and data for this app should be refreshed in next few hours.